I was in line for each of the Harry Potter books to be one of the first to get them. Other than that, I am a pretty secretive Potterhead.

I am not overtly a huge raging fan with tattoos and HP bedsheets and Ravenclaw robes, but there’s definitely a special place inside my heart for the wizarding world.

I also have come to the point in my life where I get a little brutal with cutting people out of my life.

I’ve had more than enough drama for four lifetimes, and I just don’t want to play games anymore. I’m tired and I have all of these things I want to do, and I don’t want to get sucked into any more vortexes of time-wasting. 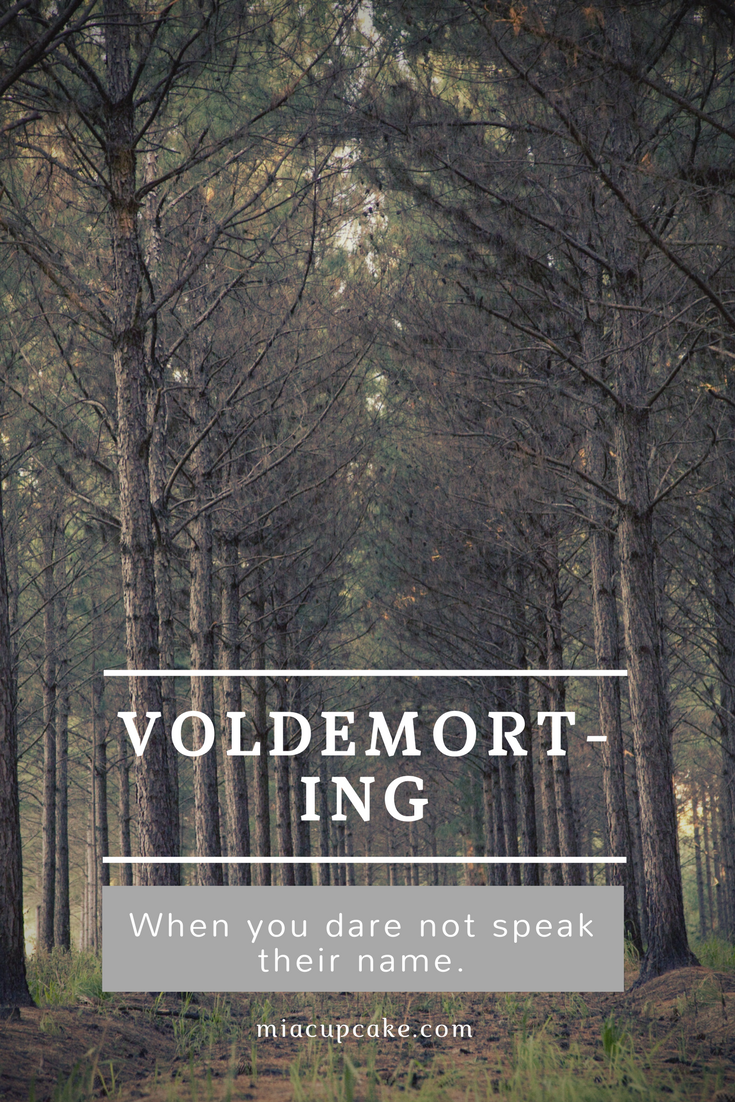 I don’t want to dissect why our relationship fell apart. There will be no post-mortem, there will be no long Facebook message as to why I am no longer your FB friend (and when did so much weight get put on that status, btw?).

I will not write a huge flouncing post if I leave your Facebook group, there’s no Dear John letter.

I am just done.

(And it’s taken me such a long time to get here – I used to try this and then get sucked back in but honestly, I’ve got no time for  shenanigans anymore.)

“Voldemort-ing” is a term I made up with my best friend Angela for those whose names we no longer even speak. They are so toxic or so draining that even speaking their names gives them power we don’t want them to have.

So far, there are only 4 people on the “Voldemort-ed” list – and they’ve each done something offensive enough to earn that spot.

I hope to keep that list as minimal as possible, because I really do enjoy people.

Just not into the “emotional vampires” anymore.