I have been single now for just shy of 6 years.

Single for me means that I haven’t even gone on a single date. Well, there was one outing, and I thought I was pretty clear up front about how it ABSOLUTELY was NOT a date. Apparently the words “just to be clear, this is absolutely not a date” were confusing, because this dude totally thought it was a date.

I did kiss that one guy at a hotel in California, but that’s been the most “action” I’ve seen since becoming “un-engaged”.

My engagement ended 6 years ago in a giant ball of fiery glory, so you can imagine I wasn’t horribly eager to jump into another so soon…and it took a long time for me to properly heal my broken heart and find who I was.

At first, it was not a conscious choice for me to not date, as I think men can smell fear and desperation and I tried really hard. Then I realized that I needed to find myself, to get to know who I was so when (if that is God’s plan) some gentleman decides he wants to pair up with me, I don’t change who I am to please that man.

Lately, I have been so busy doing other things, that I haven’t had the time/effort/bandwidth/desire to date at all.

But that’s not the case for every single parent I know.

Through social media, I have watched a lot of my friends uncouple and couple back up before I realize what’s happening. You have seen the scenario, where they suddenly stop talking about their husband/wife/partner and then their profile photo changes to one of them kissing someone who is obviously not the same person they were coupled to before.

And it usually falls apart pretty quickly too. 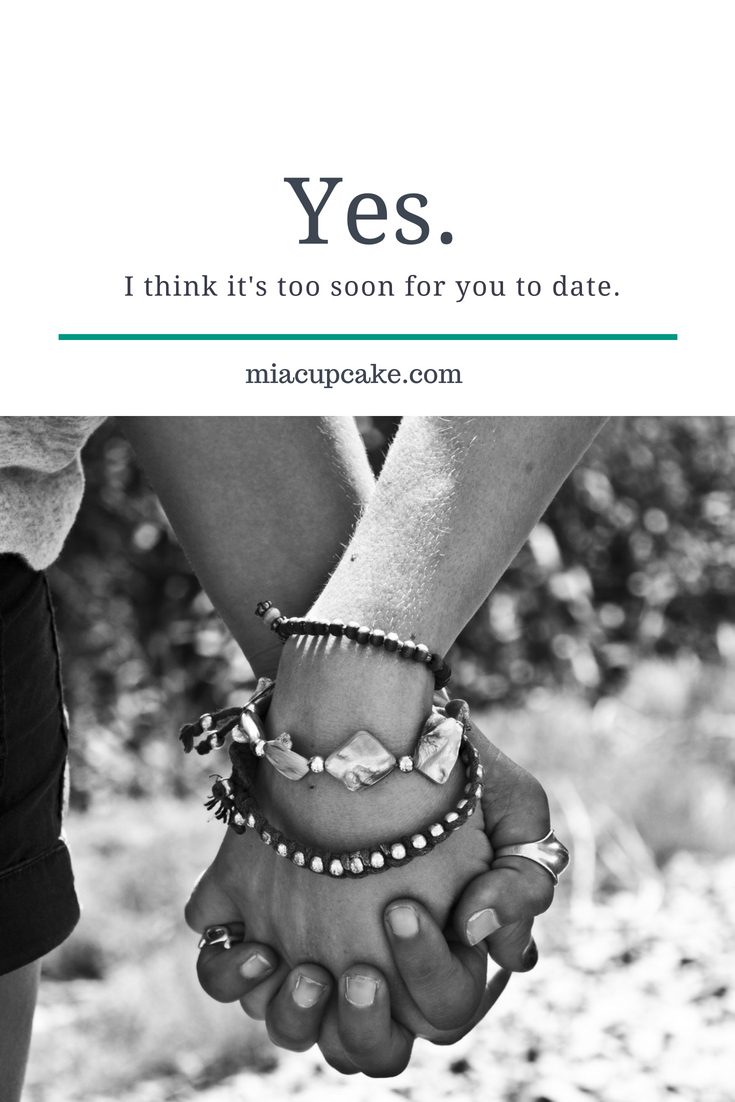 I do have a lot of friends message me shortly after a breakup to ask me if I think it’s too soon for them to start dating again.

My answer is always “yes”.

You need to be by yourself for a little bit, especially after you’ve been married for 20+ years and don’t really know adulthood outside of being hitched to another person. Even if it’s just to breathe, find out what it’s like to sleep in the bed alone and figure out who you are when you’re not seen through the lens of your now-ex-husband/wife/partner.

You have to be YOU for a while before you run off again to be a “we”. When you’re recovering from a breakup, that can take some time. ESPECIALLY if you were in the relationship for a long time.

People are so anxious to hook back up with someone because they’re uncomfortable being alone, I TOTALLY GET IT. I have had days where it’s hard for me to admit that I’m single. It’s hard to sit by myself at the movie theatre, or walk down the street alone or really go anywhere by myself sometimes.

But I’m doing it. I spent a lot of time shedding the labels I let my boyfriends or my teachers or my friends put on me so I could figure out who I really was, and I could not have done that while I was dating other people.

So yes, I think it’s too soon for you to date, just months after your relationship has dissolved.

You will know when it’s right, but please do not try and convince yourself that you are ready when you are not.