Is it when you are frantically trying to put the pieces back together, and notice that the other person is not helping? Or could it be when you realize you don’t want to share your triumphs in life with them anymore?

Where is the breaking point?

I’m really struggling right now with a couple of relationships in my life, with possibly outgrowing the deeply-rooted need I had for certain people, and the love (I thought?) I felt for them.

I’m wrestling with whether it’s time to go, or if I just need to stay, struggle and work with them to repair.

I feel badly. I got so much out of those relationships during my Dark Days, but I can’t recall that I ever put even half as much into them. I don’t know that I had much to give during the Dark Days. I was broke in so many ways – financially, physically, emotionally, spiritually.

I am still learning how to be a good friend and a good human being, but I try my hardest.

Some of these people walked with me through those times. They held my hand and told me I was worth fighting for, even when I felt worthless. They spoke life into me when I could not do the same for myself.

But I struggle with cutting ties. I feel like I need to bring everyone who has helped me into the next phase of my life, and some people just don’t want to move with me.

It isn’t that they want to watch me fail, but they are more comfortable with supporting me during the Dark Days than they are celebrating with this new chapter in my life.

I am preparing to say goodbye. 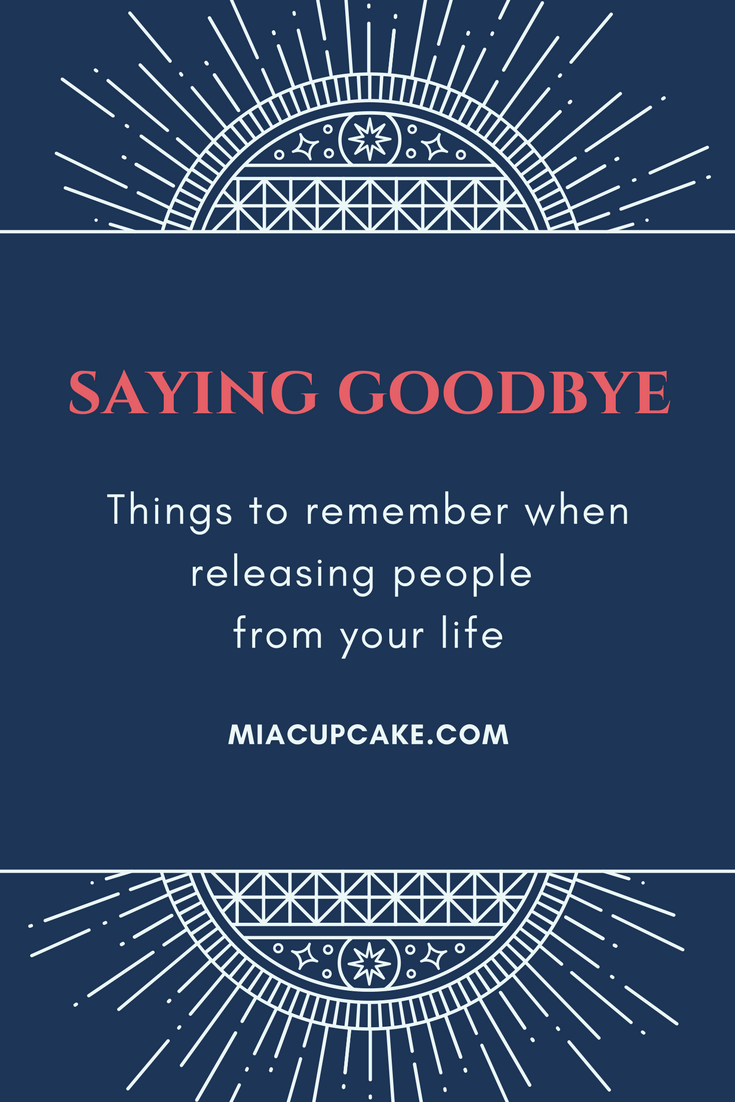 Things to keep in mind when it’s time to release people from your life:

What it all comes down to is that you have to do what’s best for yourself. If there are friendships causing you pain or distress, it does need to be addressed.

Take care of you. Sometimes that means saying goodbye.