You can check out this episode here with The Bread Week B1tches:

Here’s the link to this series on Netflix.

(Simple sponge, topped with a fruit of choice. 2 hours)

(5 hours, must reveal a design when cut)

Going into the round, Sarah Jane and Victoria are killing it, Ryan and Stuart in trouble.

Missing Brendan? Danny? Manisha? They never said anything about their cakes OR judging.

Going into elimination, Stuart and Natasha are singled out for being in trouble. Will it be curtains for Ketchup Cake or Boiled Baba?

Make sure to subscribe to our podcast for more episodes!

In case you were wondering, here are the lyrics to Four and Twenty Blackbirds:

Sing a song of sixpence,
A pocket full of rye.
Four and twentyblackbirds,
Baked in a pie.

When the pie was opened
The birds began to sing;
Wasn’t that a dainty dish,
To set before the king.

The king was in his counting house,
Counting out his money;
The queen was in the parlour,
Eating bread and honey.

The maid was in the garden,
Hanging out the clothes,
When down came a blackbird
And pecked off her nose.

They sent for the king’s doctor,
who sewed it on again;
He sewed it on so neatly,
the seam was never seen. 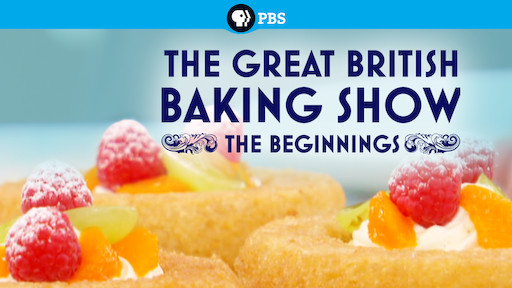