All of the art in this post was provided courtesy of the Walt Disney Corporation.
I was provided with complimentary passes to an early screening of this movie.

Y’all know how much I love Disney. That’s no secret. I listen to the music, I visit the parks. I wear the teeshirts and on bad days, I wear my ears in my office and sing “Go the Distance” at the top of my lungs.

So when I get these emails inviting me to Disney movie screenings, I say “yes” as many times as I possibly can. When I got the email for Incredibles 2, I said “HECK YES!”

I expected a good time seeing this movie, but I didn’t expect as much mom-centered content (so obviously I cried. Duh). 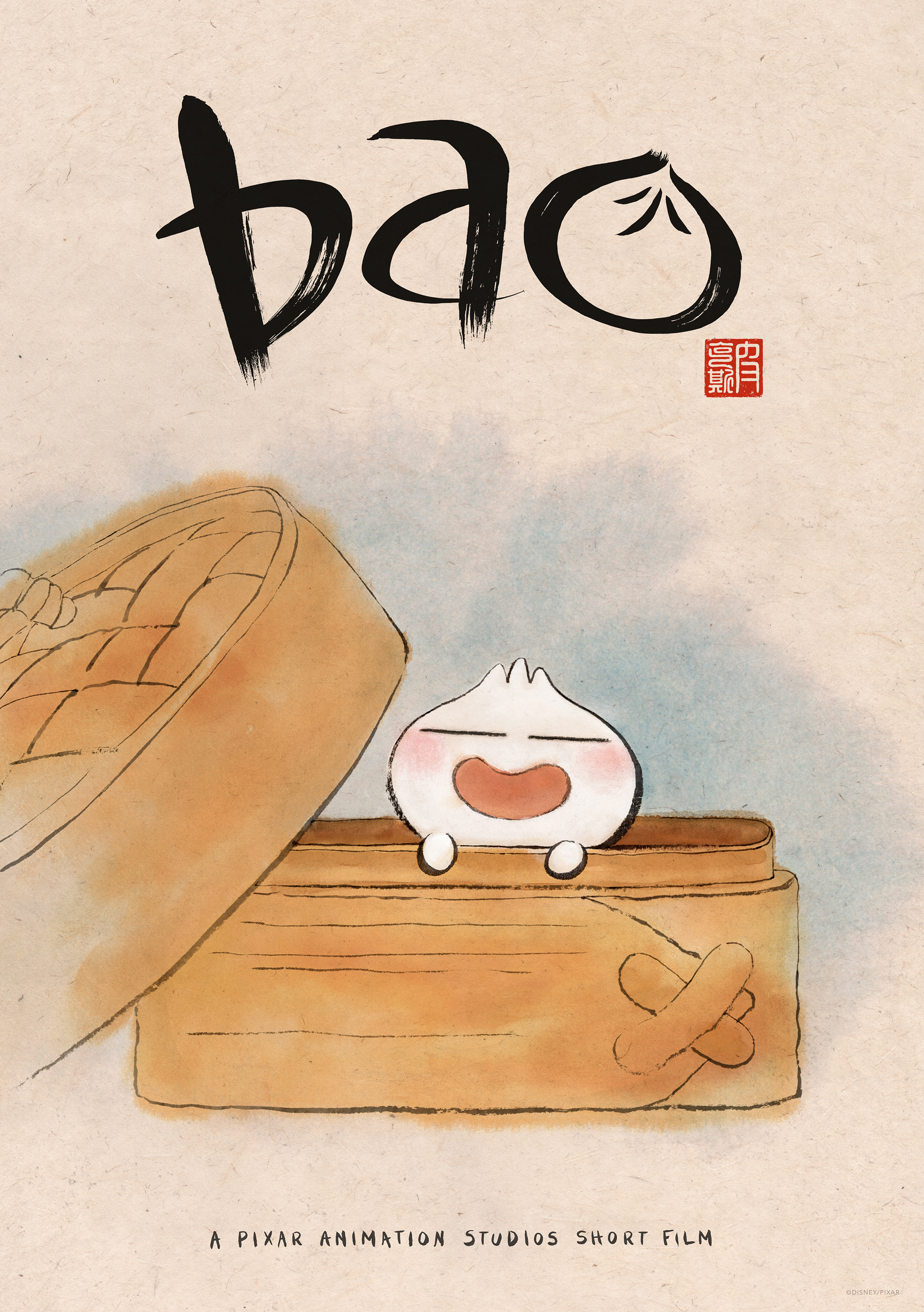 First off, let’s chat about Bao (the short film showing before Incredibles 2). I’m often stunned by how much emotion they can evoke in such a short time, but I didn’t expect to care about a DUMPLING.

Having viewed this film such a short time after my son graduated from high school made it even more poignant, so our entire party was crying about a dumpling.

It’s a super sweet story about a dumpling that comes alive, and the momma is really sweet and I won’t spoil the ending for you because it’s really honestly the most adorable and I now want to make dumplings. 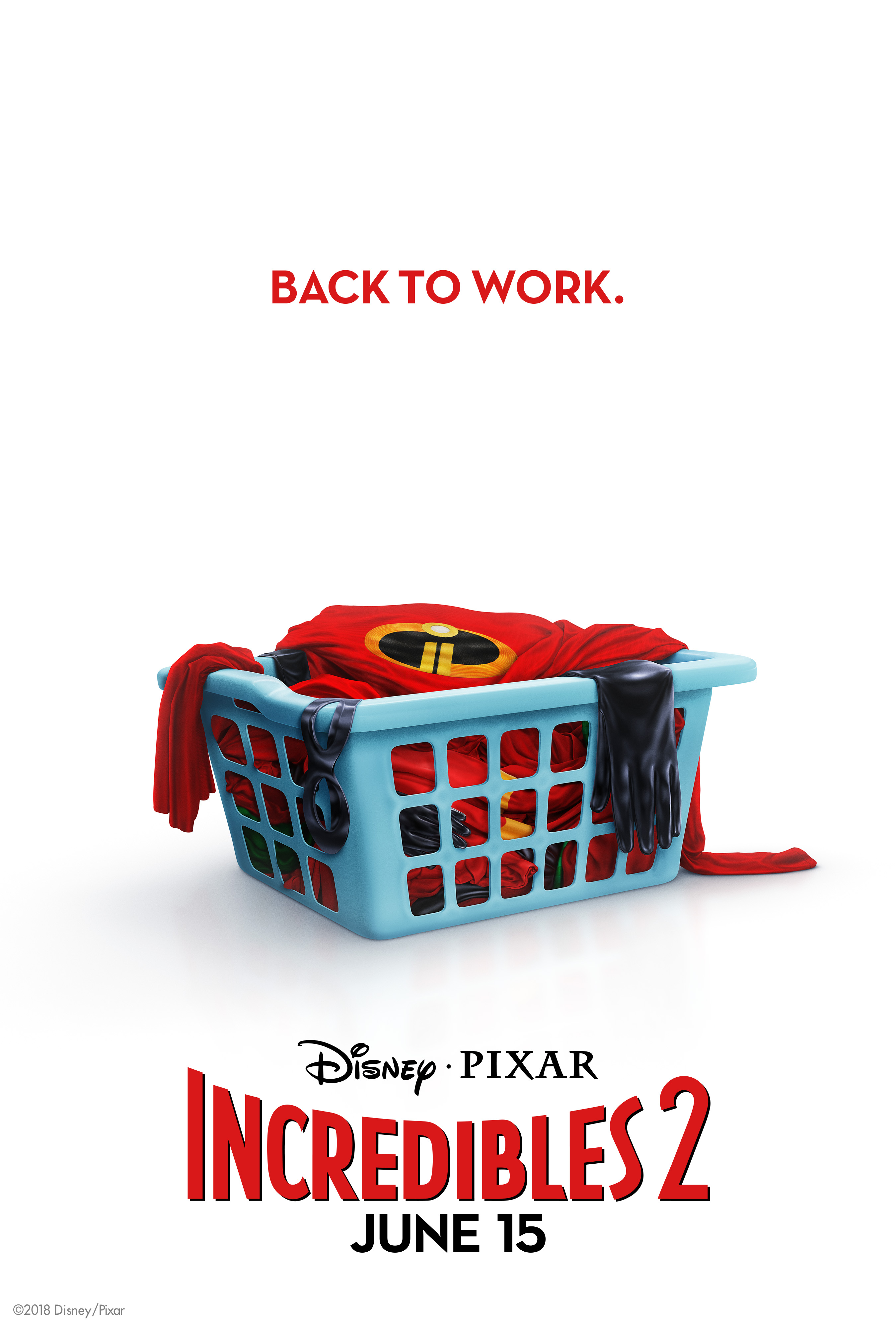 So then the main feature.

One I’ve been waiting for for 14 years.

And it picked up right where we left off with the original film, which left less explaining and way more time to deep dive into what’s happening with the Incredibles.

If you HAVEN’T seen the first one, lemme give you
a few quick things you need to know:

That should do it.

So after a few “tie things in to the first movie” scenes, we run into the Deavor siblings. Evelyn (voiced by Catherine Keener) is a genius inventor and her brother Winston (voiced by Bob Odenkirk and looks JUST LIKE HIM) is the money man and a HUGE fan of superheroes.

Without revealing too much of the plot (I HATE SPOILERS), Elastigirl goes back to “work” after a long hiatus to take care of the 3 Parr kiddos. 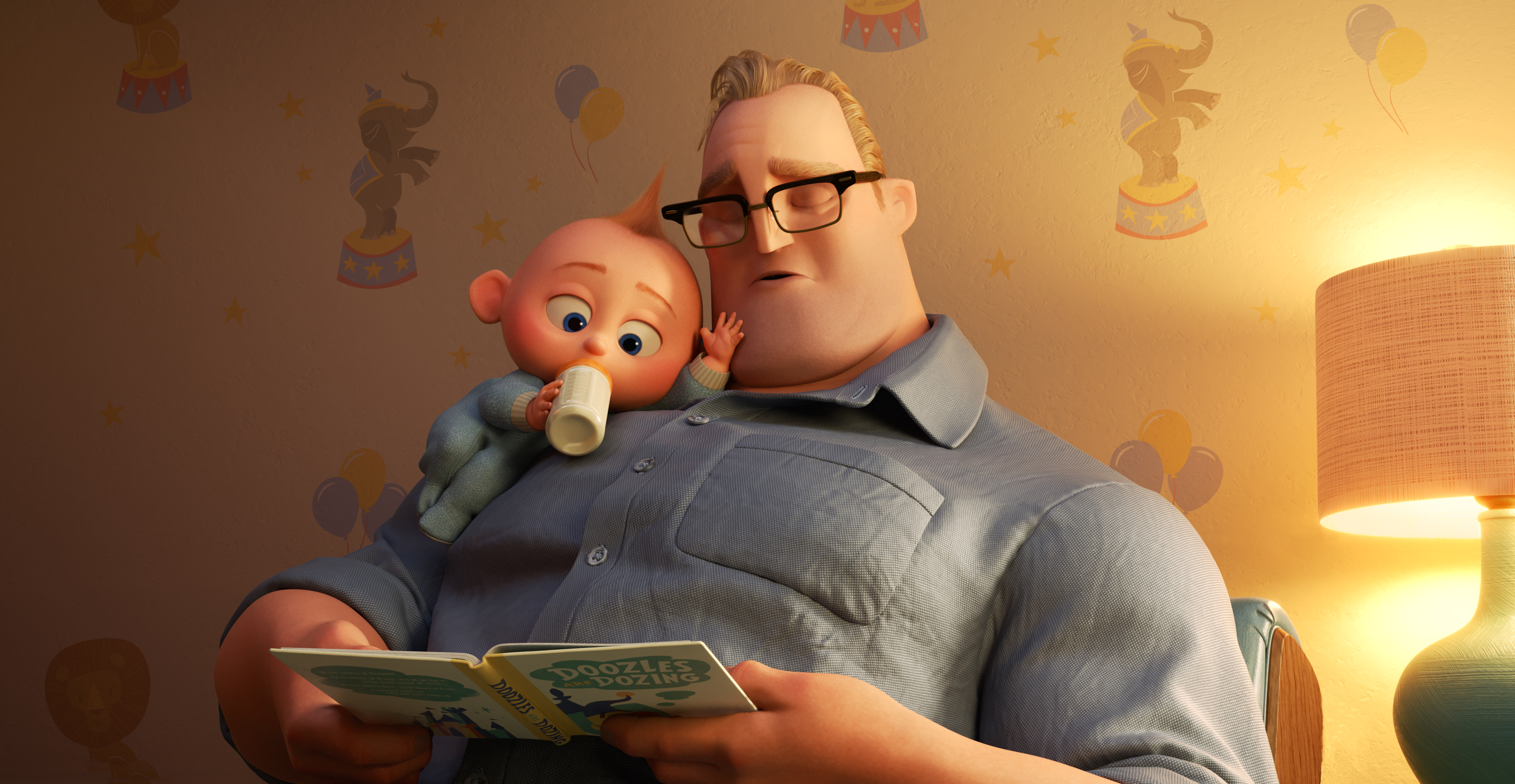 Chaos ensues (of course), Bob has issues taking care of the kids (especially with New Math and Jack Jack…um….coming into some powers…), and Bob gets REALLY SMART and taps into his village to help him manage his new role as Mr. Mom.

He enlists Frozone and Edna Mode (no capes, darling) to help him manage his daddy duties, and…well, you’ll just have to go see the movie to see how that works out. Or doesn’t.

You can see him descend into that madness that comes when someone spends their entire day with children – and if you’re a mom, you’ll thank your lucky stars your kids don’t turn invisible or float into other dimensions!

Just make sure you have some Cookie NumNums on hand though, just in case.

It’s an awesome superhero movie and a FANTASTIC Pixar flick, but also has some serious feminist themes running throughout. Evelyn is the brains behind the superhero “reinvention” plan her brother has, and basically runs the show (despite her abundance of chaos, which manifests itself a little in her hairdo).

You really get to see Elastigirl with a little “wind in her hair” as she gets to explore who she is outside of her not-so-secret identity as a mom. I went back to work when my youngest was 4, so I really identified with that jarring re-entry into the workforce.

All in all, Incredibles 2 was…wait for it…..incredible. (Sorry, I had to. It was too easy.)

There are some strong themes that some smaller kids might have issues with and one scene in particular in a cage with flashing lights that even *I* found a bit intense, but other than that, should be appropriate for most ages.

Do let me know if you’ve seen Incredibles 2 and what you thought of it!