In the past 5 days the following things have occurred:

There are a lot of things happening here. The next round of Mercury Retrograde doesn’t start “officially” until December 4th, but the time leading up to it…it’s a doozy this time!

I could throw a fit, and believe me, I did when the basement flooding thing started happening. I yelled at the water in two languages, I was that mad. And then I started laughing, because who takes the brainpower to use their tiny French vocabulary to hiss curse words at a puddle in their basement in the middle of the night?

Now here’s the deal: I could be real angry about all of these things. I could scream and cry and shake my fist at the sky and yell “WHY, GOD?? WHY ME??” 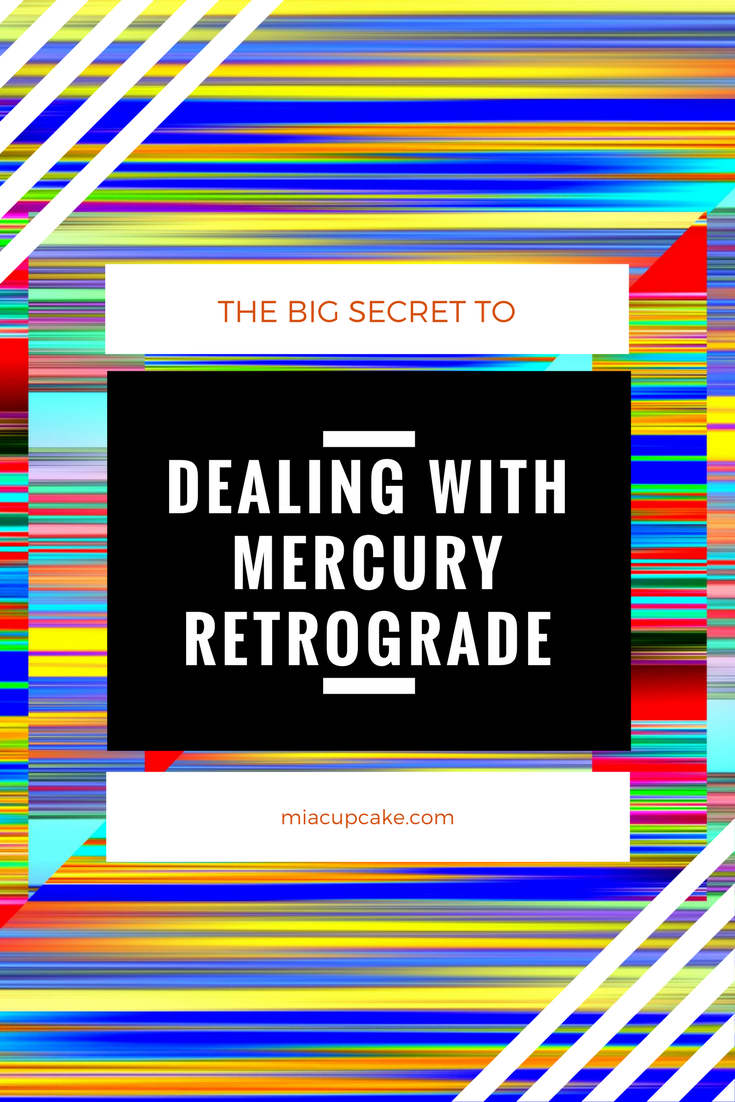 There’s many ways to care for yourself when sh*t hits the proverbial fan, and sometimes yelling helps, but that is not horribly productive when dealing with everything going wrong at once.

The secret to dealing with the maniacal devastation of Mercury Retrograde?

For those who believe in such things, Mercury Retrograde is a way to clear things out of your closet. It stirs up things you’ve been ignoring, and lots of times those things rear their heads in a super ugly way.

Sure, I spent the majority of Mercury Retrogrades of the past in a puddle of tears and hiding and really not dealing with my problems.

It was when I started standing up and dealing with the things rising out of the muck…that’s when I was able to better handle the craziness that MRx can bring.

You could lie down and let it run you over – but is that how you want to live your life?