(I apparently cannot use the word p*rn in the title of a blog post, because I guess Google frowns upon that.)

I used to have a real issue with what my friends called “emotional films for adults”.

Those shows that touch you in a place that sometimes you don’t want to feel. The movies or television that split your heart open and let all the things spill out that you’ve been trying not to feel.

I have alluded before to a tough time I went through after my last breakup. I was too raw to feel my own emotions. I absolutely was not prepared to deal with all of the things that were happening, and I walled them off until I was numb.

But I wanted to feel SOMETHING. I needed to feel like I was still human.

So about 2 months post-breakup, Thanksgiving rolled around. I was alone on Thanksgiving weekend, with both of my kids with their dads.

It was the first time I had been alone for more than a few hours in longer than I could remember.

So, I watched Parenthood on Netflix for like a week solid. And I sobbed my eyes out, with a lump in my throat. I watched all of the episodes, and then I started the whole series over again. 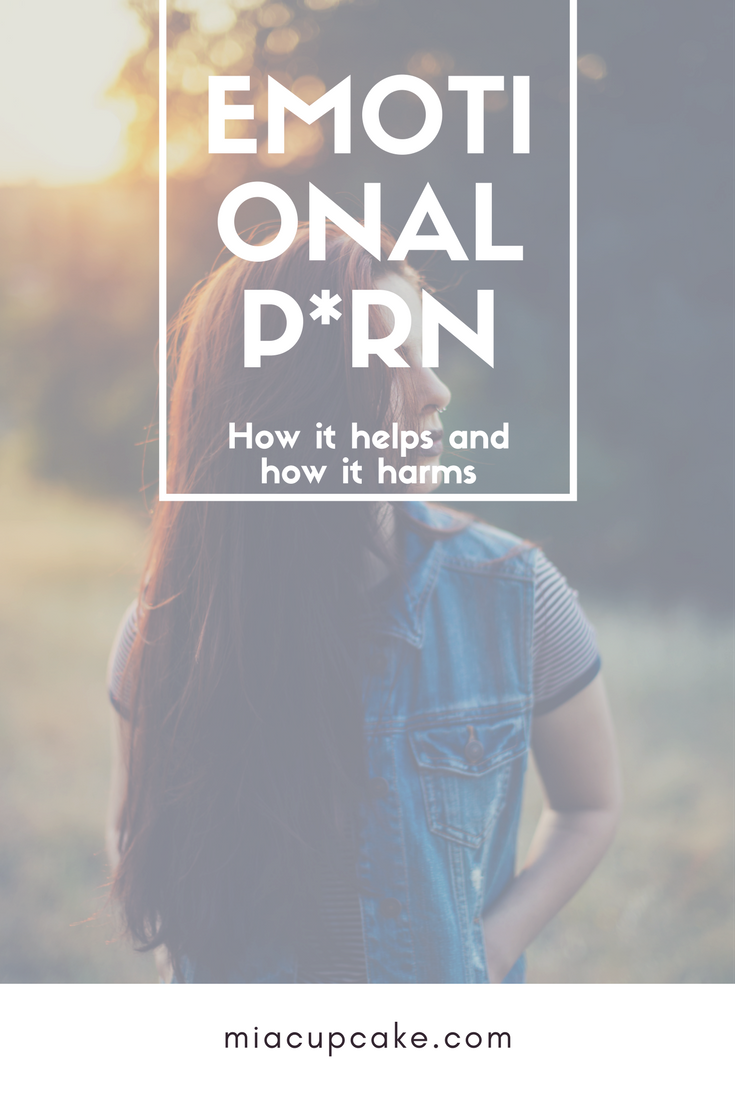 I felt something for the first time in so long.

Watching this show was a way to feel something without having to actually deal with my problems.

Like adult films – living vicariously through someone else’s actions on a screen. It fed an emotional need I had, without me actually having to commit to anything.

I used it like training wheels. Small doses of someone else’s emotions helped me grow the ability to cope with mine, until I could do it all on my own and stop watching.

(Don’t get me wrong. I just finished a 3-episode binge of This is Us. I still watch those shows and cry my eyes out.)

It could go the other way though. I could have been sucked into that show and only dealt with the characters’ emotions, and not mine. I could have just drowned in pretend emotions and let mine stay behind that big wall I tried to keep them behind.

Some people do get wrapped up in imaginary characters, and I think that might be why people like those shows like This Is Us and Parenthood and Glee and romantic comedies and all of them. They allow us to feel emotions we can shut off with the flick of a remote.

But you need to deal with your emotions, even after the television is shut off.