Well day one was so great that day two had to be a complete and utter disaster, right? Well, maybe not such a disaster, but it wasn’t great.

I ate fast food of sorts and “broke” my Whole30. I used Door Dash (you can get $5 off your first 4 orders if you use that referral link to sign up) to order a Chipotle burrito. Yes, I got double meat and no, I didn’t get any dairy on it. Yes I also got the chips because they are delicious. Yes, I know guac is extra. (I got guac.)

The good things are hardly ever easy. I want a life that is not buried under a lifetime of physical belongings, physical/mental/emotional baggage and an addiction to fries. If I buy food when I am hungry, I will overbuy things I don’t need and usually give into my cravings and end up with a huge box of Triscuits and I cannot control myself around Triscuits.

The whole point of this is to drag out all the skeletons in my closet, one by one, and face them and handle them instead of shoving them deeper into the dark and letting them run the show.

I did not feel great after that burrito and chips. HOWEVER, I did eat it slowly, and I enjoyed eating it. It was such a fleeting feeling though that the payout was insufficient for me. My stomach was angry. I slept ok and didn’t wake up with a “food hangover”, but I don’t want to do that again.

Trying and failing is a part of life.

As for my phone and social media….I spent about 2-1/2 hours on social media today,. Not even going to try and couch it. Most of that was on my computer during my lunch and breaks. Ugh.

So what’s different about “falling off the wagon” this time?

What makes this failure different is that I recognize the failure, I am not punishing myself for it and I won’t be falling face first into a pizza because I’m so disappointed in myself.

So I’m writing this on day three as I’m eating carrots and almond butter for a snack and my phone is….well, I’m not sure where my phone is. It’s different than the last time I quit my Whole30, and lived at the bottom of a McDonald’s french fry box for a month.

And not knowing where my phone is right now (not because I’m scattered and running around like a crazy person) is an absolutely novel concept in my life. I think I have worn a groove in my phone that my hand fits in perfectly, that’s how much I have had it in my hand in the past.

It’s mind over matter. It’s continuing to tell myself that it’s not a lack mentality, because I have MORE THAN ENOUGH. It’s being more mindful of my consumption, be it media I watch/look at or food I eat or things I buy or even using paper towels.

It’s living my life instead of allowing my life to batter me around like that boat in that Coast Guard movie I saw with Kyle way back when.

Living my life on purpose because going with the flow has flushed me right into a big pile of belongings I do not need, a severe social media and television addiction and a body that hurts when I get out of bed every morning.

A lot of people messaged me to ask how I track my screen time to watch how much time I spend online. On an iPhone, there’s a built in app on the Settings (for iOS 11 and later, I believe) called “SCREEN TIME” that you can not only track where you’re spending all your time, but also how many times you pick up your phone per day (today was 104, yikes) and help you set limits for your social media.

Google has an app as well, but I have drunk the iJuice and all my devices are Apple except my work computer (because they didn’t give me a choice).

Here’s a great article on smartphone addiction and how to track/limit your screen time that shows both Google apps and iPhone apps from CBS News.

Want to catch up on the journey or check it out from the beginning? Check out the hub for all things “less of a sh*tshow” here. 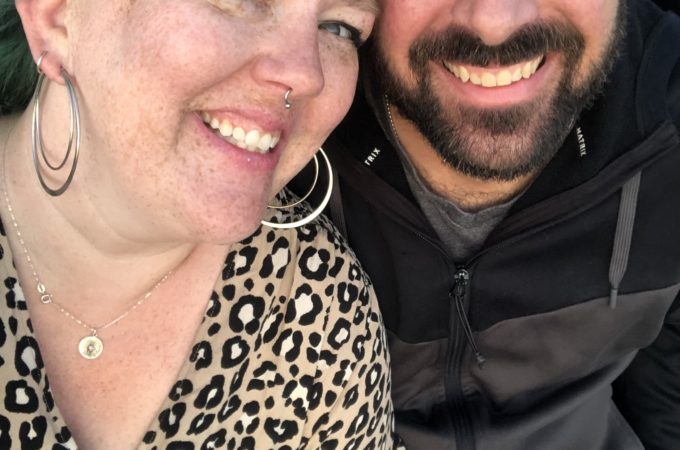